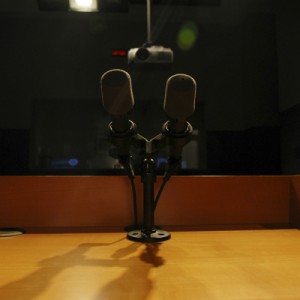 You spend hours writing and approving a great press release. Then you engage in an intelligently thought out and proactive media relations strategy. The story of your latest campaign to announce the invention of a life saving drug or a fundraiser for kids trying to save the world is out there in that unpredictable limbo between a press release and a “covered” or published story.

This is good. A million plus viewers is very good.

Who are you going to choose to do the interview? Think carefully.

It will be the CEO of course, you say.

But should it? The harsh reality is your CEO is a mastermind, but she also does a great impression of a plank of wood. And, frankly, she isn’t across the nitty gritty of every campaign or company development.

What about your Campaign Director? Well he’s great to talk to, very colourful, but absolutely horrified at even the prospect of standing in front of a camera, much less for a live interview in front of a million people. Live TV is no place for stage fright.

You could get your marketing manager to talk. He’s competent and across the subject. But journalists and producers bristle at the very idea of interviewing marketing and media types. They just don’t see them as being the real deal.

But alas, you may find hope in your inventor. She is a boffin no doubt. But she has a wicked sense of humour, a tremendous turn of phrase and no-one knows the subject matter quite like her. She is the real deal. She works on the ground and she has instant credibility.

All of this matters a great deal in media relations. Any interview is a golden opportunity to get your company or organisation’s message out there. If you choose the wrong person, particularly for broadcast interviews, you will fail to get the right message out and, frankly, you may never be asked for an interview again. Harsh but true. Conversely, if you do well, you could be asked back for interviews again and again.

That’s for a very good reason.

Recent Posts
Recent Comments
Archives
Categories
Meta
To speak to one of our friendly advocates call us on 1300 072 263 or enquire here.
Get In Touch
© Thadilly Pty Ltd ATF The Thadilly Unit Trust - All Rights Reserved